A unique, intensive course where you will learn the essential foundations of Yoga Therapy from international teachers, according to the system of the renowned SVYASA Institute in Karnataka (South India). This famous Yoga Therapy institute has been conducting yoga and yoga therapy studies for 25 years. Thanks to it’s structure, the course is suitable for students from all over the country and international students.

We are happy to have international top-teachers teaching this training. To make this possible the format of the Yoga Therapy training includes monthly modules of 2-3 days on different week days. The training will partly take place Online via zoom and partly in person.

Teachings will take place online and partly in-person. If you are not able to attend in-person, online attendance is also possible. Nevertheless in-person attendance with 3 modules and the intensive week is preferred, as special cleansing techniques will be taught.

Meet your teachers and get all information on the training.

Please register through the event on our agenda by email to contact@yoga-vidya.nl. 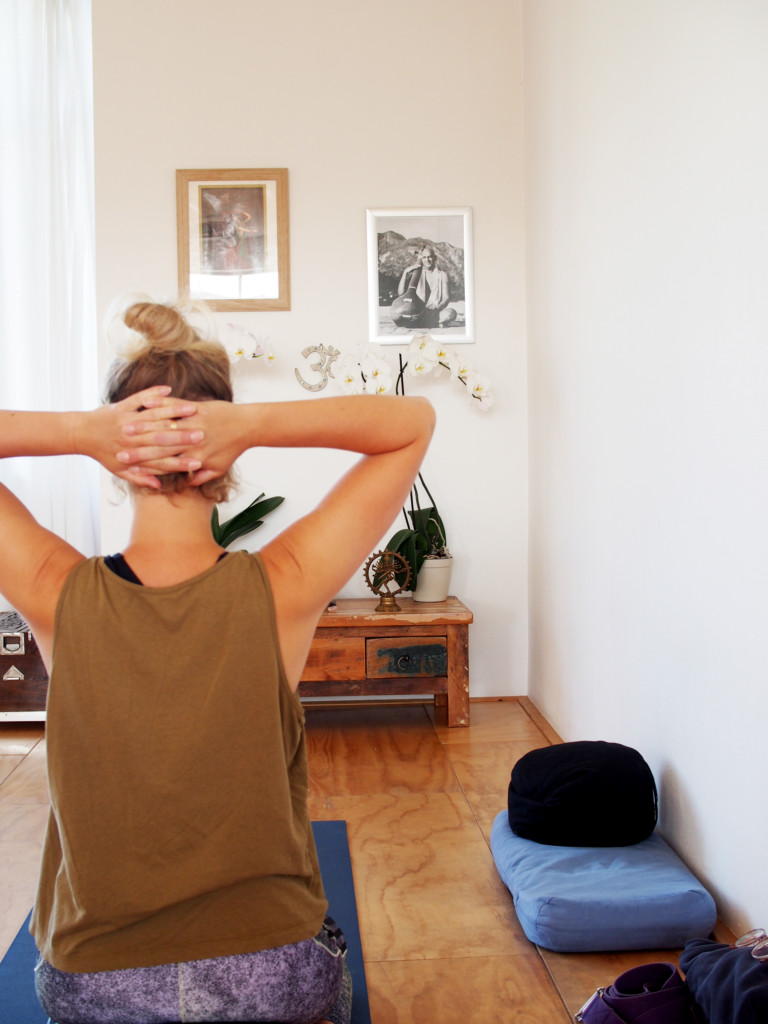 Yoga can be used to stay healthy, happy and balanced. When the balance shifts, yoga also has a proven therapeutic effect. Research shows that yoga can play an important role in the treatment of various diseases related to trauma, stress and addiction. If you are a Yoga Teacher and if you would like to help people with ailments competently and purposefully, in private or group sessions, then this training is for you!

You will learn the basic concept of Yoga Therapy with the following main content:

The aim is to enable the patient to practice these exercises regularly at home. Thereafter, once the ailment is under control, the patient can again practice regular yoga to improve the quality of life and maintain good health.

Topics and structure of the training

During the 1 year of the Yoga Therapy Training all topics will be first studied in theory, then practiced and taught practically, then transmitted to others in a setting of a consultation. The following structure will be approximately followed. 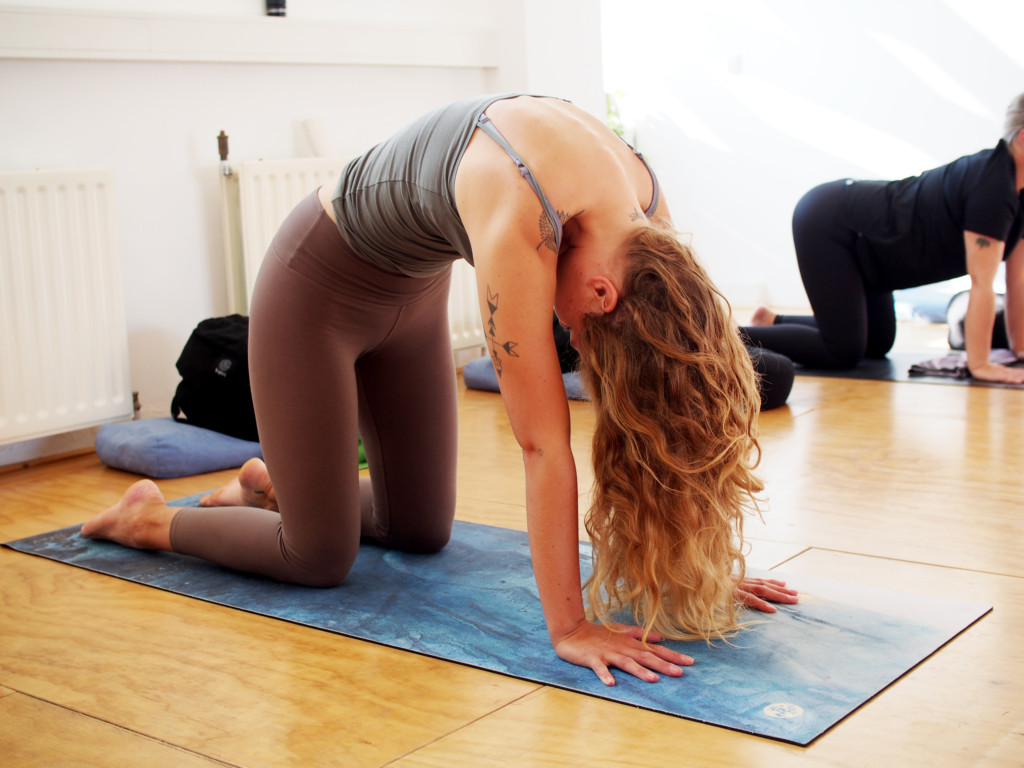 The training concludes with a written exam, a festive graduation evening, a solemn handover of the certificate and the granting of the spiritual blessing.

After passing the exam and completing the attendance, you will receive the “Yoga Therapist / BYAT” certificate from the German Yoga and Ayurveda Therapist Association (BYAT). The certification consists of 305 units (45 min.) or 228 hours.

So far there is no Dutch standarts for Yoga Therapy Training programs. 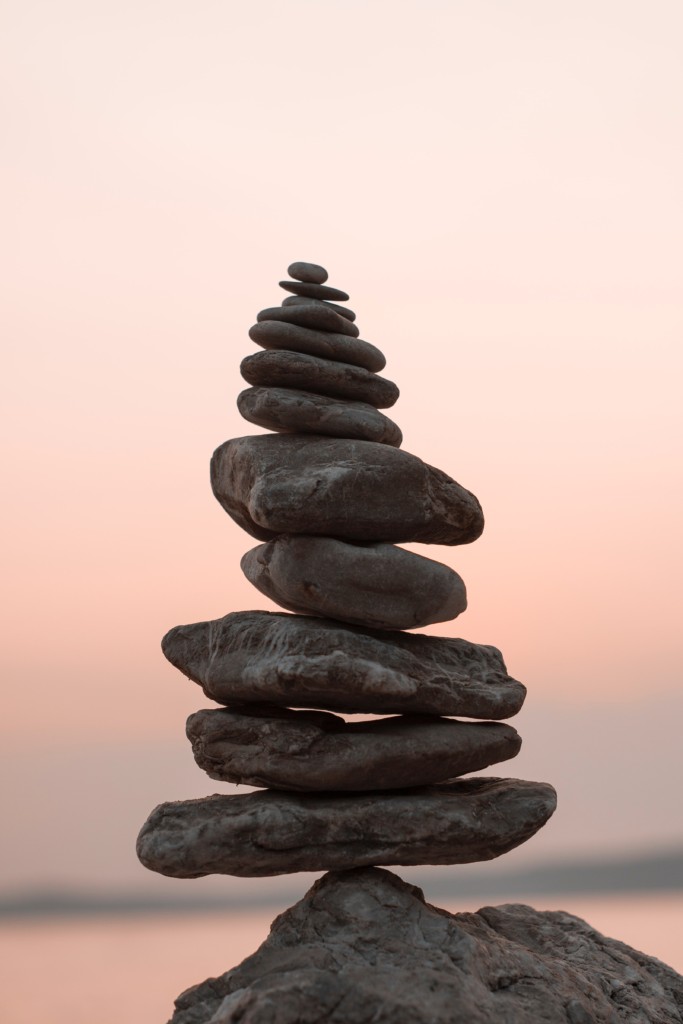 We offer 4 different prices depending on the choice of accommodation during the intensive week in Germany. The dormitory counts 6-12 beds. The single room has its own bathroom. You may pay the total amount or in 12 monthly instalments. The spread monthly payment will be deducted partly by Yoga Vidya Germany & Yoga Vidya Rotterdam.

Including a personal intake conversation with Yoga Vidya Rotterdam or Harilal & Meera Karanath via phone/ zoom.

If you have a serious ailment and you are not sure if the training is right for you, please contact us on contact@yoga-vidya.nl. You may also contact Harilal directly on arhsayoga.hari@gmail.com in case you have doubts if the training is suitable for you.

Find more information on the Yoga Therapy Training in the study guide:

Dissatisfaction can always occur and should first be discussed with those directly involved. If there is a complaint, we would like to come out stronger together. Find the entire procedure in our complaints regulation: 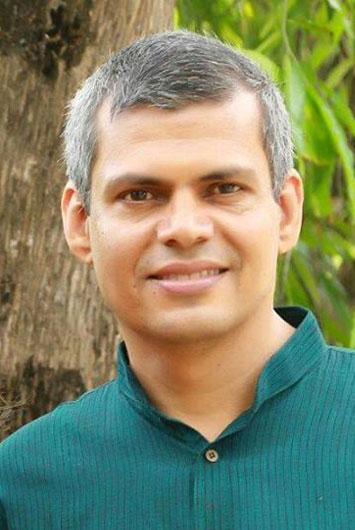 Harilalji is director of Arsha Yoga in Gurukulam / Kerala, India with the goal of teaching traditional Indian knowledge and social work. He comes from a traditional family from Kerala, India. As the youngest of six children, he was born in traditional Indian surroundings and grew up with Ayurveda, Vedanta and Yoga. His parents were teachers, followers of Gandhi; they followed the teachings of Ahimsa (not hurting) and Satya (truthfulness). 16 years ago, he started practicing yoga and therefore lives strictly vegetarian, is non-smoker and does not drink alcohol. He studied economics at a university in Thrissur for five years before starting work in advertising and marketing in India, Saudi Arabia and the United Arab Emirates. In 2000, he gave up this work to devote himself entirely to yoga as his way of life. He then completed his yoga teacher training and continuing education as a yoga teacher at the Sivananda Ashram in Neyyar Dam, Kerala, and was awarded the title Yoga Acharya. He then lived and taught yoga for one and a half years at Sivananda Ashram in both Kerala and the Himalayas. In his work, he quickly recognizes the weak and strong areas in the physiology of his students and gives them individually different asanas or variations. He says, “Samatwam Yoga Uchhayate”: Preserve equanimity in the mind in all life situations. That’s yoga.

He became curious about Western culture, as it was the background of most of his students in India, and first came to the West in the spring of 2002, where he led some yoga workshops in southern Germany and since then has visited Europe every summer. The encounter with German culture in everyday life gave him an understanding of the Western in comparison to the Indian culture, which is reflected in his lessons with Western students.

He is currently the director of Arsha Yoga Gurukulam, an ashram in Kerala, southern India, and a tutor at the Nagelil Ayurveda Medical College, Idukki District, Kerala. His teaching method is based on the traditional Indian Gurukula system. Therefore, he focuses more on experiencing the wisdom of yoga than on pure knowledge transfer. 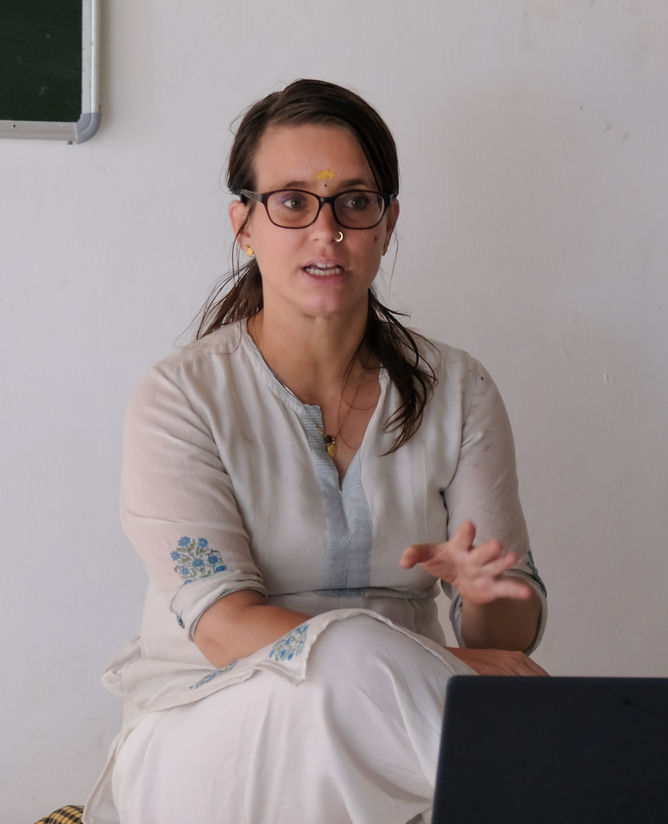 Marie Meera Karanath was born in the Czech Republic. During her studies as a translator at the University of Mainz, she completed her yoga teacher training at Yoga Vidya Speyer in 2006. Later she devoted herself to the yoga therapy study.

Since 2009 she lives in India with her husband Harilalji and daughter Gayatri. They founded the yoga center Arsha Yoga where they offer trainings and retreats to Westeners and local Indians. Harilal & Meera are teaching Yoga Trainings in Europe every summer. At the moment, besides teaching Yoga Therapy training courses, Meera is dedicated to guiding women. She developed ‘Shakti Sadhana’, a practice that helps women re-finding their strength and health.

In her lessons, Meera places much more emphasis on intensity in the experience than intensity in the effort. Her goal is to teach yoga in its many aspects so that each person can find their starting point and grow independently from there. Her main inspirations are encounters with wise people, from Swamis to her grandmother to her daughter. 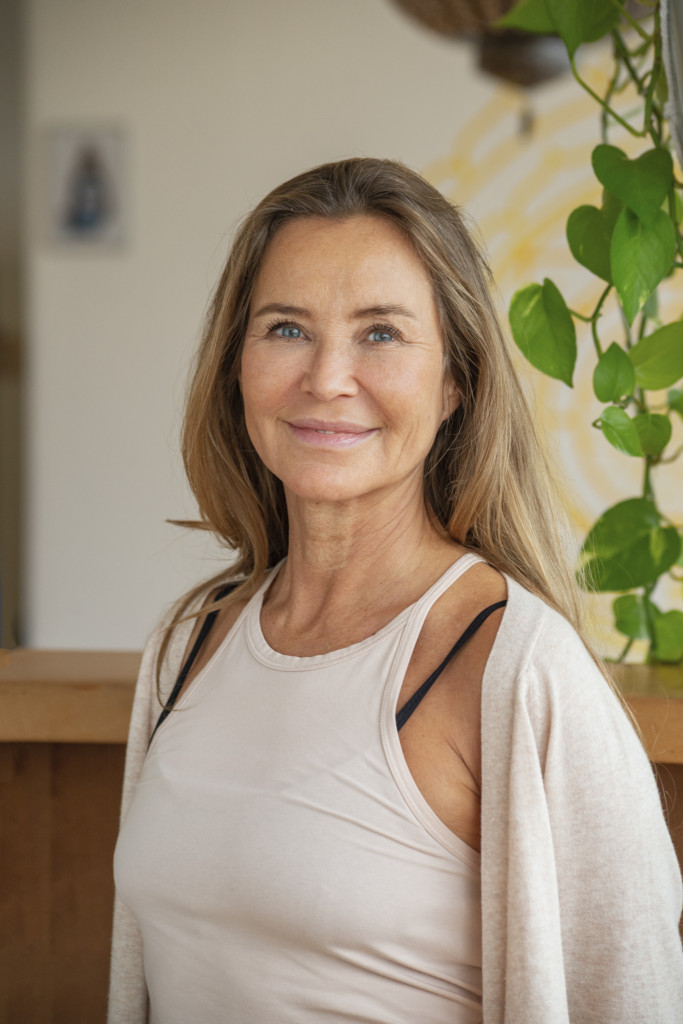 Angélique Boset is an experienced (Yin) Yoga Teacher, Yoga Therapist and anatomy specialist. She teaches anatomy in divers Yoga Teacher Training programs throughout the Netherlands. She has always been fascinated by the anatomy and functionality of the human body and has been studying the this subject for many years.

Angélique is very happy to teach anatomy within the Yoga Therapy training, a training which she followed herself. Yoga Vidya is also the place where she feels most at home. Her teachings are lively & inspiring. She loves to make complex anatomy understandable and fun for everyone! 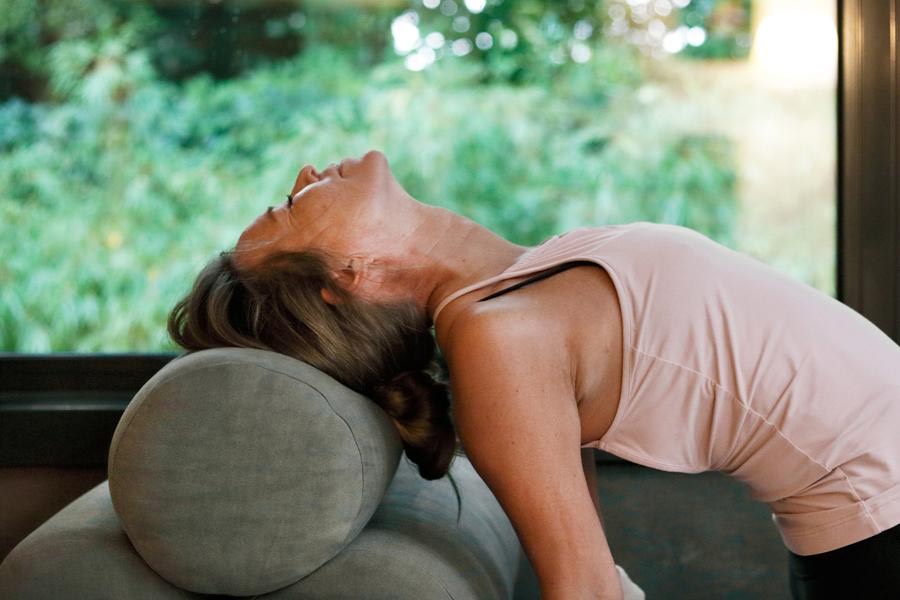 Please contact us at contact@yoga-vidya.nl or call 06 25100420 for more information or to discuss your personal situation. You are also welcome to visit our yoga studio for classes at any time.